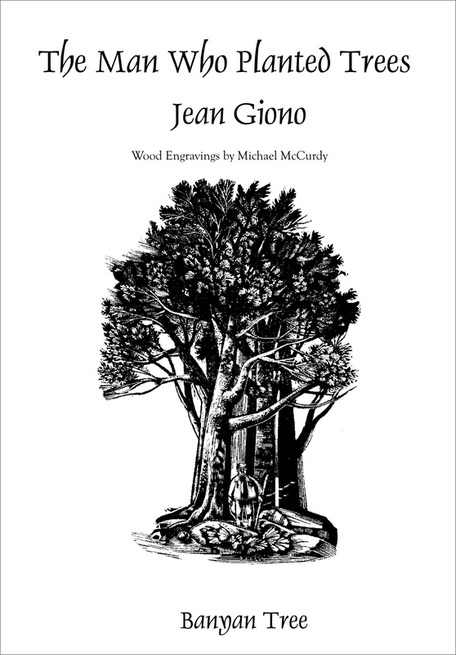 "When you remembered that all this had sprung from the hands and the soul of this one man, without technical resources, you understood that men could be as effectual as God in other realms than that of destruction."

Jean Giono wrote this story in 1954 for Vogue which published it as "The Man Who Planted Hope and Grew Happiness". He later wrote to an American admirer that his purpose in creating Bouffier "was to make people love trees, or more precisely, to make them love planting trees." Within a few years the story of Elzeard Bouffier swept around the world and was translated into a dozen languages. It has long since inspired reforestation efforts, world wide.